In this Hands-on Lab, we will show you how to take a traditional Java EE app, and compile it to run in a lightweight Java container. The app we’ve chosen is an old Java EE demo called Movie Plex 7 that was originally written to run in Wildfly 3. You can find our fork of the repo in our javaee-demo repository on GitHub. In fact, if you were to take that repository, and lift the movieplex7-1.0-SNAPSHOT file, you could run that in a Java Application Server, such as WebLogic, Wildfly, or WebSphere.

If you aren’t yet familiar with the basic concepts of Docker, you may wish to start with the Docker 101 lab before running this lab.

The terminal window on the right hand side of this web page is a Linux-based Docker host running in the Play with Docker (PWD) lab environment. This is where you will run all of the commands in this lab.

There are two ways of running commands in the terminal:

Step 1: Building the App in a Container

In this section of the lab, you are going to take a Java EE web app running on Wildfly, move it to Tomcat EE, and run it in a Docker container.

The easiest way to move an enterprise Java app into Docker is create a WAR file and deploy it to the app server.

Clone the lab repo into the PWD lab. Remember, you can click the command or manually type it into the terminal window.

First, look at how the original application works. You can do this by building the application in Docker using a Wildfly container which was the app server the project first used. Although the GitHub repo contains an EAR file, you will build the application from source and deploy it using a multi-stage build Dockerfile. Here’s the text of the two-stage Dockerfile.wildfly file that you can find in the movieplex7 directory.

There are a few additional commands to expose the ports and start Wildfly.

Here’s how to build the app:

This creates a Docker image with the application deployed on Wildfly.

To run the application:

Your app is working just fine in Docker now, with no code changes and running in the original app server. Feel free to play around with the functionality of the site to understand the app better.

One of the big advantages of containers is that they can ease the process of updating older applications by replacing parts of the application as needed. Java EE also makes it easy to consume the output of your application in different ways. This allows you to easily add a different client to an application.

In this section, you will update the Movie Plex 7 application by adding more attributes to the movie entity and also updating the presentation layer by writing a new client using React. Don’t worry, all the code is provided, you don’t need to know React.

The Movie Plex 7 application includes a REST interface for querying movies. This simplifies writing a new client because you can use the API and get data via REST. The javaScript client is a bit more descriptive than the original JavaServer Faces client. 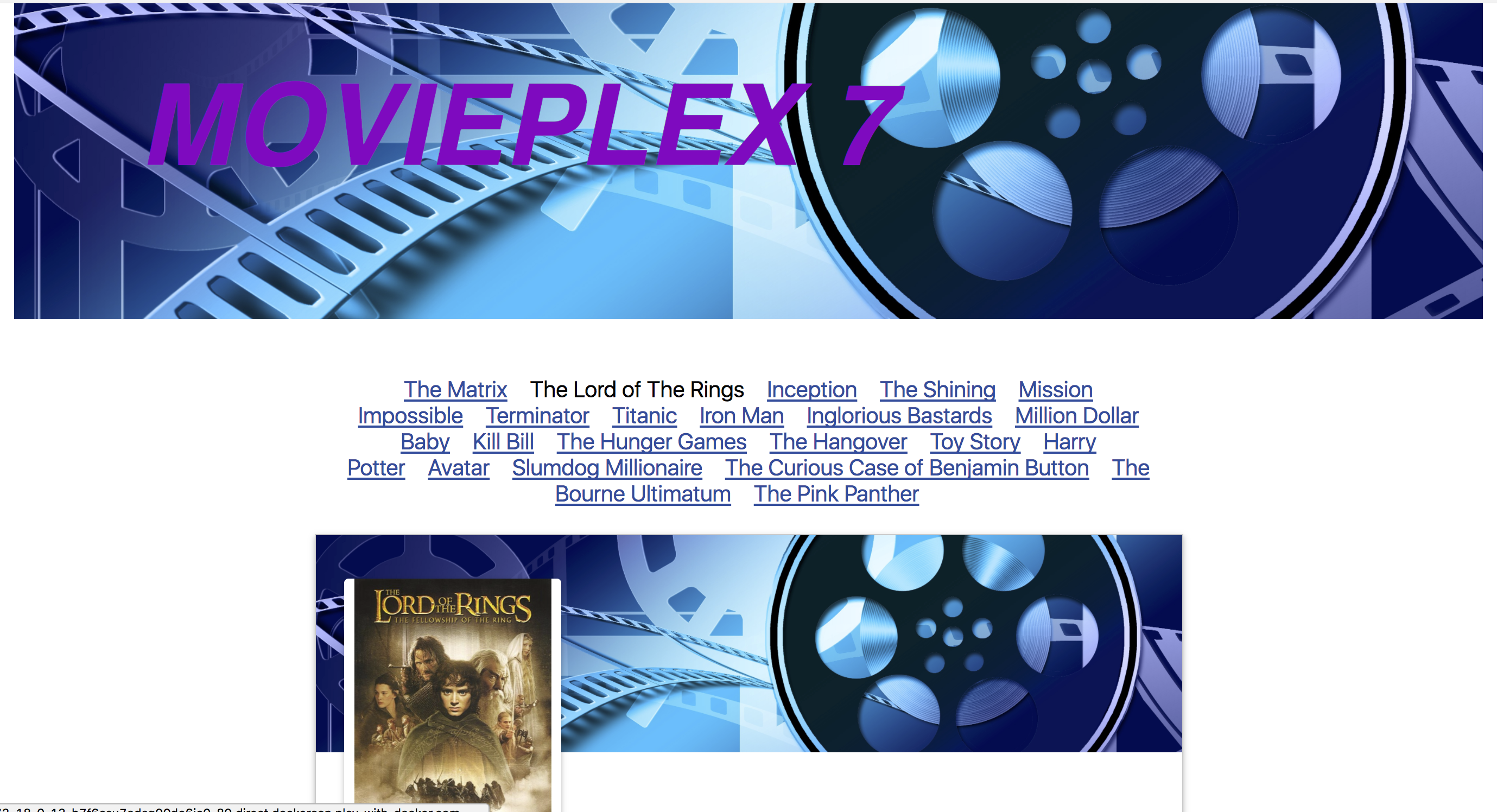 To get a separation of the new client from the existing client and server, you will deploy the React client in a separate container.

To get ready, stop and remove the running container, and then change the directory from movieplex7 to the root of the project. Due to a quirk in how React is built, and the base url of the Play with Docker lab, before you build the React client you need to run a script to inject the host URL into the Dockerfile:

React uses Node.js to build a static site for the interface. The Dockerfile is much simpler than the one for the movieplex7 app. It uses a single-stage build, which passes the environment variable API_HOST to the builder. When it runs, it will start a simple Node server that serves the React pages, and exposes them on port 3000. We’ll deploy it in the next section.

In Step 1, you compiled and deployed the Movie Plex 7 application from source by building it in a Maven container and then deploying it in a Wildfly container. The JavaServer Faces front-end was integrated into the the same application image.

In this step you will make three changes. First, as described in the previous step, you will use a React front-end deployed in a second container. Second, you will deploy the app in a Tomcat EE application server instead of Wildfly. Last, you will deploy both at the same time using a Docker Compose file.

The new front-end is described in the last section, so take a look at the new Dockerfile that deploys your app using the Tomcat Server.

You’ll see that the first stage is very similar to Dockerfile.wildfly. Only instead of using maven:3-jdk-7 as the base image, it uses maven:latest. There’s still no code change, you are still compiling the code into a WAR file. The second stage is a bit different, because it uses a different application server. But the end result is the same application running on both.

You now have two Dockerfiles, one to build the Java Movie Plex 7 application and another to build the React javaScript client. Running a build for each will result in two images. You can individually run each image with the appropriate flags, but a simpler and more consistent solution is to use Docker Compose to start both images as containers that are connected by a network defined in Docker. Another nice thing about Docker Compose is that you can also build the images without having to do a separate docker image build command for each image. This is the docker-compose.yml file in the project root:

The Compose file defines each service and the ports that they are mapped to. Of note is the react-client, which maps the public port 80 to the private in-container port of 3000.

To run and build the images use:

Once it’s completed building, which the first time can take awhile, we can check on the status of the containers:

This shows that the containers are running. Since there is overhead to start and deploy the war file you can look at the log files of the movieplex7 container to check if it’s started

Now that the application server has started, you can click here and try out the new interface. 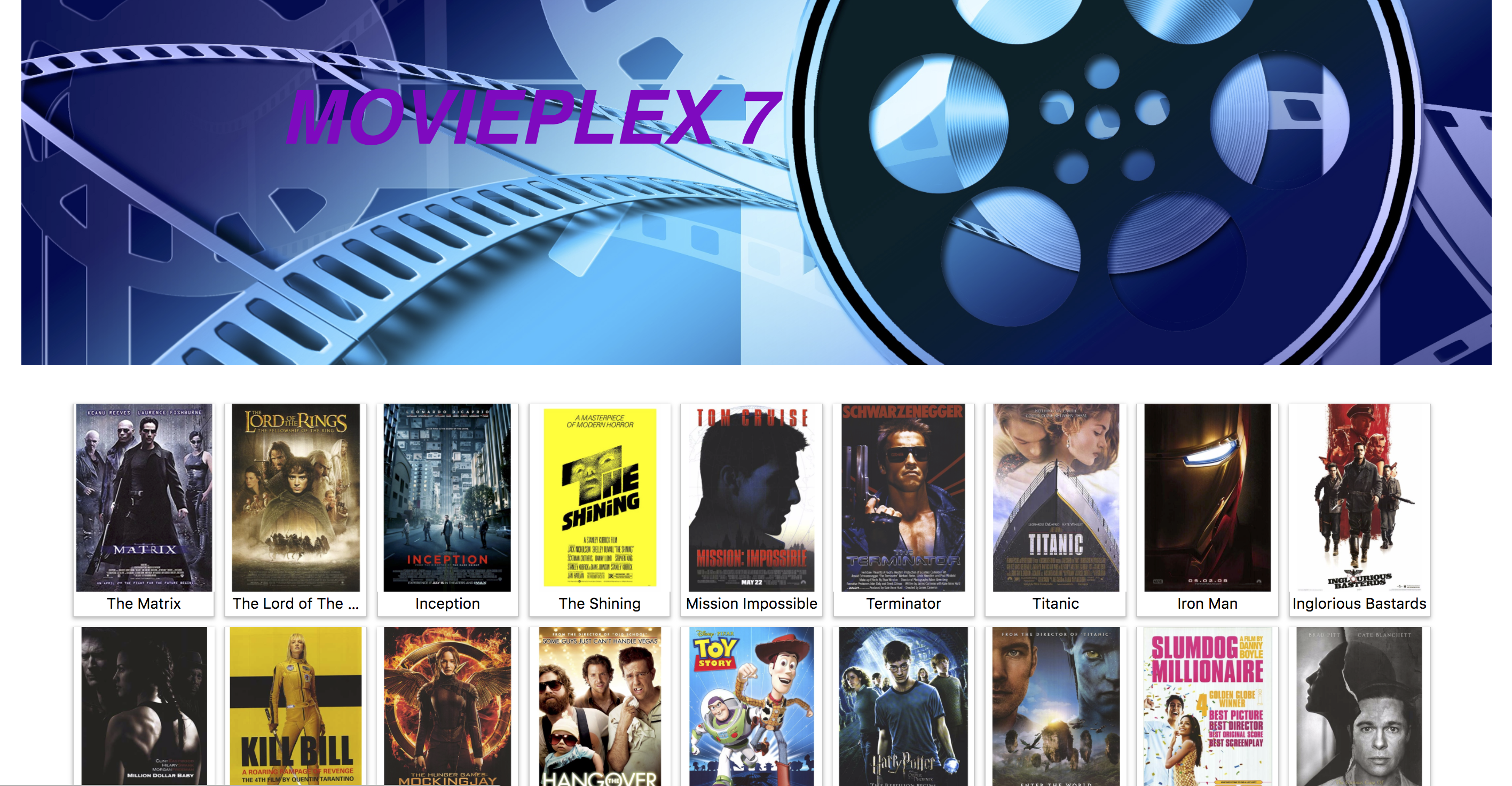 And the old interface is still there, you can see it by clicking on here.